Thirteen building services contractors have been awarded a contract to retrofit around 400 London public sector buildings to make them more energy efficient. The work is being carried out as part of London Mayor Boris Johnson’s RE:FIT initiative. The new programme of work is expected to last four years and will see contractors guarantee a set level of savings based on the energy conservation measures implemented. END_OF_DOCUMENT_TOKEN_TO_BE_REPLACED

London companies heading off to the East

Hello to all this

…East London that is. According to property consultants Cushman & Wakefield we are seeing a net migration of companies away from their West End heartland towards the supposedly more creative and tech-focussed districts of Clerkenwell, Shoreditch and King’s Cross.  The firm reports that the take-up of West End office space fell by around a quarter to 2.5m sq ft in 2012.

END_OF_DOCUMENT_TOKEN_TO_BE_REPLACED

The New Year starts with news from Chicago based property broker Jones Lang LaSalle that investors spent some £ 30 billion on  income generating property in the U.K. during 2012, about 9 percent less than in 2011. However there was a marked disparity between the London market and the rest of the UK. London deals totaled £18 billion in 2012, the highest figure for four years, while purchases outside the capital reached 12 billion pounds, the lowest amount over the same period. END_OF_DOCUMENT_TOKEN_TO_BE_REPLACED

Global office market to stabilise during 2013

A new report from consultants Cushman and Wakefield has predicted that the global commercial real estate market will stabilise over the next twelve months and, in some areas of the world, may enjoy a degree of growth.  While acknowledging wide regional variations, the report claims that there are some clear global themes that can be identified, not least in the ongoing growth of markets in Asia. Significant growth is not expected in the majority of regions until 2014 and beyond.

Britain’s local authorities have been told by the Government to find more ways to share back office functions and buy goods and services together to gain discounts and reduce costs. In a document, 50 ways to save: examples of sensible savings in local government, published by the Department for Communities and Local Government in December, councils were given a number of ideas about how they could reduce their annual spend. The report can be seen here.
END_OF_DOCUMENT_TOKEN_TO_BE_REPLACED

Many firms that have worked with the public sector will have their own particular stories about the failings of its procurement processes. The Government’s promise to look into this has now led to it publishing a report from the Cabinet Office released just before Christmas (great timing as ever). You can see the report looking at the failings of public procurement as reported by the supply side here. Or -straight from the horse’s mouth – an interview with Sally Collier, Government Deputy Chief Procurement Officer here. 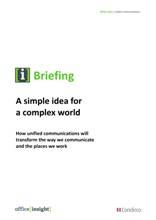