Deskheads of a certain vintage may have viewed the news that Zaha Hadid had bought the Design Museum’s London home for £10 million in a somewhat different light to much of the media that reported the sale. While journalists succumbed to the apparently irresistible pull of architectural headline magnet Zaha, to some of us the interesting part of the story was that the sale finally freed the Design Museum to move to the long empty Commonwealth Institute building in Kensington. The building is one of the most architecturally important modern buildings in London and has a long association not only with The Commonwealth Institute educational charity but as a venue for cultural events and exhibitions of design, not least the now defunct Prima and Spectrum exhibitions which did so much to promote commercial interior design in the UK.

END_OF_DOCUMENT_TOKEN_TO_BE_REPLACED

Two UK-based office buildings, Botanic House in Cambridge designed by Formation Architects and One Eagle Place by Eric Parry Architects have been shortlisted in the “completed office” category of the World Architecture Festival awards, the world’s largest architectural festival and awards competition dedicated to celebrating and sharing architectural excellence from across the globe. The Botanic House scheme, which was completed in June 2012 is contained in a seven storey “lens shaped” building which provides a generous office rental space of 600 m2 (6,460 sqft) floorplates per floor, while One Eagle Place renews an urban block in the heart of Piccadilly. A video of the Botanic House project can be seen on the Formation Architects website and you can read the complete WAF shortlist here.

The relationship between Building Information Modelling (BIM) and lifecycle management is the most important factor for facilities managers, who, along with owners and occupiers believe BIM will becoming increasingly important in day-to-day working practices within the next two to three years. The findings are from a poll of individual members of the BIM4FM group which represents institutes, trade associations and professional bodies within the built environment. “The results clearly show that there is recognition that BIM offers the opportunity to improve the lifecycle management of buildings. Interestingly there is both a desire, and an expectation for BIM to be able to support better working practices and improve operation and maintenance of buildings in practice:” said Geoff Prudence Chairman of the BIM4FM group END_OF_DOCUMENT_TOKEN_TO_BE_REPLACED

Video: is this the world’s most sustainable office building?

What is claimed to be the world’s most sustainable office building has just achieved a platinum LEED certification. The NuOffice building in Munich was supported by the EU funded Direction project which promotes energy efficient and sustainable building design along with the  Fraunhofer Institute for Building Physics (IBP). The focus of the building’s design is on energy efficiency and applies radiant heating and cooling technology, switchable glazing and innovative insulating material to reduce the environmental footprint and running costs of the building. The developers claim that local energy costs have increased by 50 percent over the last decade so the new building which is expected to reduce energy consumption by 90 percent can offer a substantial cost saving over conventional designs.

END_OF_DOCUMENT_TOKEN_TO_BE_REPLACED

The influential U.S. Conference of Mayors (USCM) has voted unanimously to pass a Wellness in Real Estate Resolution which commits to promoting buildings that “use a combination of criteria and features that will enhance the well-being of occupants and address growing preventable health concerns and costs.” The resolution is one of ten new sustainability resolutions for the U.S. built environment commended by the American Institute of Architects (AIA) and the U.S. Green Building Council (USGBC), which praised the USCM for “showing courage and leadership by embracing a strong sustainability and green building policy agenda”. END_OF_DOCUMENT_TOKEN_TO_BE_REPLACED

Detailed plans have been submitted for the design of the new Google London headquarters building in King’s Cross. The 1 million sq. ft scheme designed by architects Allford Hall Monaghan Morris does not exceed 11 storeys at any point and will be home to up to 4,500 employees, double the company’s current London workforce and potentially making it the largest Google operation outside of New York.  The scheme is part of a wider development of Kings Cross and will incorporate 750,000 sq. ft. of office space with 50,000 sq. ft. of shops and cafes.  Current employees will relocate from three existing buildings in the capital.  Subject to approval for the detailed design from Camden Council, who have already granted planning permission,  work will begin on the site next year with completion set for 2016-2017.

Google is evidently keen to emphasise its investment in the UK, following weeks of criticism of its tax affairs from the media and politicians. Dan Cobley, Google UK’s managing director, in announcing the details of the development said: ‘Building our new headquarters in King’s Cross is good for Google and good for London.’ Certainly the deal is one of the biggest in recent years in the UK property industry, worth around £650 million and is expected by the developers to create 1,500 construction jobs and 35,000 new employment opportunities over all.

Some of the more interesting aspects of the proposed design are:

Commenting on the development, Simon Allford, of Allford Hall Monaghan Morris, said: ‘This building is underpinned by cutting edge design intelligence and technologies to provide a sophisticated twenty first century working environment for Google’s staff. The architectural approach, which has taken inspiration from King’s Cross and St Pancras International railway stations, complements the local area’s strong industrial heritage and will be a building London can be proud of.’

The influence the design and layout of the workplace can have on productivity is widely acknowledged. Now, according to a new scientific study expansive physical settings like having a big desk to stretch out at work can cause individuals to feel more powerful, and in turn these feelings of power can elicit more dishonest behaviour such as stealing, cheating, and traffic violations. This might sound far-fetched but The Ergonomics of Dishonesty was written by a group of researchers at leading business schools, including Harvard, Columbia and Berkeley and is soon to be published in a forthcoming issue of the journal Psychological Science. Co-author Andy Yap, explained: “Our research shows that office managers should pay attention to the ergonomics of their workspaces. The results suggest that these physical spaces have tangible and real-world impact on our behaviours.” END_OF_DOCUMENT_TOKEN_TO_BE_REPLACED

Under a quarter of US staff enjoy optimal working environment, claims report 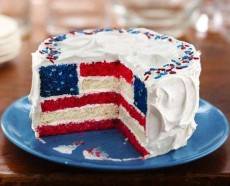 Architecture firm Gensler has released the results of its 2013 US Workplace Survey. The report claims that under a quarter (24 percent) of US workers work  in an optimised working environment with the remainder suffering from unnecessary lost productivity and a lack of innovation and engagement. The survey of more than 2,000 knowledge workers from across the US examined specific design factors across four work modes defined by Gensler: focus, collaboration, learning and socialising. The report concludes that the modern workplace has a  number of new and increasingly important drivers including new technology, globalisation, generation Y and so on which define where, when and how workers perform their jobs and concludes that the ability to balance focus and collaboration with strategic workplace design is essential.

END_OF_DOCUMENT_TOKEN_TO_BE_REPLACED

Half the time it’s management, not the design that makes the workplace stink

There is a general consensus around the workplace cognoscenti that design can and does impact upon the productivity and effectiveness of people in the workplace. That’s reflected in research, data and anecdotal exchanges, online and at events. What’s not often done is in linking this data to HR results, from employee surveys. While driven by professionally conscientious HR teams, their goal is shaped by the ever present desire to improve performance and hence save cash and enhance margins.  In other words it’s a management initiative. But half the time it’s management who are the problem.

END_OF_DOCUMENT_TOKEN_TO_BE_REPLACED

Landing “sunny side up” in Chicago is always a pleasure. While we’re here for work, the city has so many additional benefits for the seasoned international business traveller including a deep-rooted jazz culture, a beach, restaurant service to die for and – the reason we were there in the first place – the Neocon expo, amongst other things an exhibition of the finest new American and international office furniture trends which takes place every year at the enormous Merchandise Mart in the centre of Chicago (above). Quite a lot “snapped my celery” this year, and while, under normal circumstances I find the Milan furniture fair is the front-runner in terms of defining trends while the rest of the world slowly catches up, This year it was refreshing to see Neocon marking those trends right on the button.

END_OF_DOCUMENT_TOKEN_TO_BE_REPLACED

Only one commercial office building in RIBA National and EU Awards 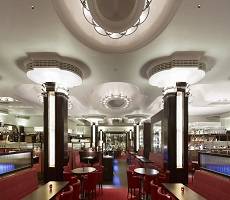 Just one commercial office building – Quadrant 3 on Regent Street in London [pictured] by Dixon Jones with Donald Insall Associates – has received a prize in the 2013 Royal Institute of British Architects (RIBA) National Awards. Many of the winners for the most rigorously-judged awards for architectural excellence are publicly, charity or foundation funded, with fewer medium-scale projects amongst the winners, both public and commercial. The shortlist for the RIBA Stirling Prize for the best building of the year will be drawn from the 52 RIBA National and EU Award winners (43 buildings in the UK and nine buildings elsewhere in the EU).

END_OF_DOCUMENT_TOKEN_TO_BE_REPLACED 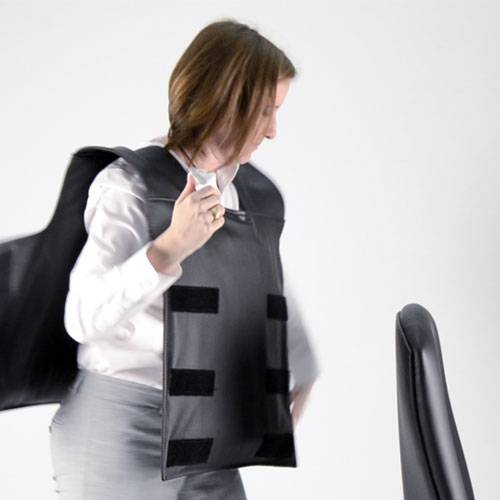 The most unusual product at the Neocon office furniture show? The bulletproof chair 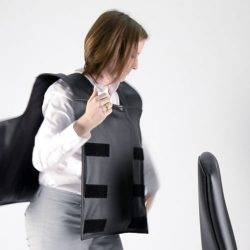 One of the more intriguing and yet geographically constrained products at the 2013 Neocon office furniture and workplace exhibition in Chicago was the Guardian bulletproof chair. While other firms were busy picking up awards for office furniture products that protected the backs, wrists, eyes and ears of office workers, only one firm was more concerned about their major internal organs. The horrifying facts behind this product are that workplace shootings are commonplace in the US with an average of over 560 deaths annually according to the Bureau of Labor Statistics, fully ten percent of work related fatalities recorded in the US every year. The bulletproof chair incorporates a vest in its back which can be removed and worn or allows the chair itself to be used as a shield. It has a ten year warranty.