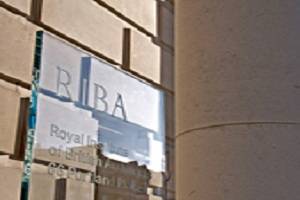 RIBA (The Royal Institute of British Architects) has restated its commitment to tackling inequality in architecture and the broader construction industry with the creation of a new diversity role. Jane Duncan, RIBA Vice President Practice and Profession has been appointed  RIBA Equality and Diversity Champion to lead a programme of renewed activity to investigate the current causes of inequality in the architecture profession and explore best practice with other occupations. Her appointment is aimed at giving senior support to the work already delivered through Architects for Change, the RIBA’s Equality and Diversity Forum. END_OF_DOCUMENT_TOKEN_TO_BE_REPLACED

The more engaged an employee the less likely they are to be looking for a new job, personnel experts have confirmed. According to the Chartered Institute of Personnel and Development (CIPD) quarterly Employee Outlook survey, of the 38 per cent of employees who say they feel engaged, just 7 per cent are looking for a new job, compared with a survey average of 20 per cent. But in a record low for the survey just 35 per cent of employees report feeling engaged, with just 29 per cent of public sector staff actively engaged, 37 per cent in the private sector and 41 per cent in the voluntary sector. END_OF_DOCUMENT_TOKEN_TO_BE_REPLACED

British Land has been named Carbon Champion of Year in the Chartered Institution of Building Services Engineers (CIBSE) Building Performance Awards 2013. The awards recognise building performance excellence in 12 categories, with other winners including Max Fordham, Norland, Atkins and London 2012 Olympic and Paralympic Games. The CIBSE awards recognise and celebrate the best performance, innovation and practice in design, commissioning, construction, installation and operation of sustainable buildings and the manufacturers whose technologies enable energy efficiency. END_OF_DOCUMENT_TOKEN_TO_BE_REPLACED

Workers’ attitudes to data theft at odds with employers’ 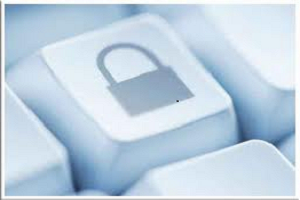 Half of employees who left or lost their jobs in the last 12 months kept confidential corporate data, according to a global survey from Symantec and 40 percent plan to use it in their new jobs. The results show that employees’ attitudes and beliefs about intellectual property (IP) theft are at odds with the vast majority of company policies. Employees not only think it is acceptable to take and use IP when they leave, but also that companies don’t care. The survey reveals 62 percent believe it is acceptable to transfer documents to PCs, tablets, smartphones or file sharing applications and the majority never delete the data they’ve moved because they do not see any harm in keeping it.
END_OF_DOCUMENT_TOKEN_TO_BE_REPLACED

Final approval given to scheme for London’s ‘Scalpel’ tower

The Greater London Authority (GLA) has published its Stage 2 Report into the building nicknamed ‘The Scalpel’ – but more properly described as the 38-storey headquarters for US insurance business W. R. Berkley Corporation. The Report approves the scheme for the building in Lime Street which was granted planning consent 3 weeks ago and will incorporate over 500,000 sq ft of commercial space. The Tower, designed by Kohn Pedersen Fox will create 7,700 sq ft of new public space at street level, over 1,000 sq ft of retail space and a new 10,000 sq ft restaurant below-ground. The development is funded by W. R. Berkley, who will occupy around a quarter of the intended office space.

Work-life balance proposals could cause employers to wobble

Employment experts have raised concerns on the impact on employers of the Children and Families Bill, announced by the government this week, which introduces shared parental leave and extends the right to request flexible working to all employees. The idea behind the reforms is to give parents greater flexibility about how they ‘mix and match’ care of their child but Jonathan Exten-Wright, Partner from DLA Piper said: “Employers would no doubt welcome further guidance on how the new shared leave should operate in practice.”

END_OF_DOCUMENT_TOKEN_TO_BE_REPLACED

Office workers are most likely to suffer from back pain than manual workers due to poor posture at their desks.  In a survey of The British Chiropractic Association’s members, 56% of chiropractors said office workers are most vulnerable to back pain and that sedentary PC posture causes more back problems than excessive lifting and carrying. Now new advice from workplace equipment provider Slingsby says employers can help to prevent a lot of the problems by encouraging staff to improve their desk habits. END_OF_DOCUMENT_TOKEN_TO_BE_REPLACED

Crowdfunding could open doors for architects and their clients

Crowdfunding, the practice of investing in projects through the use of a crowd-supported web based fundraising campaign, could be of equal benefit to architects as it is to new business ventures and web-based innovations. According to a white paper by the American Institute of Architects, “Crowdfunding Architecture,” this increasingly popular tool is being used to leverage dedicated internet fundraising websites to provide investment and communications tools to encourage financing for a broad array of projects.

END_OF_DOCUMENT_TOKEN_TO_BE_REPLACED

A new report from Knight Frank has highlighted the marked regional differences in the UK’s commercial property market. On a positive note, there is a clear indication that while market conditions remain undoubtedly tough, the level of activity for 2012 indicates a level of resilience.  Overall take-up for 2012 totalled 4,930,430 sq ft, around 4 per cent down on 2011 and 11 per cent down over the last decade. However, a number of markets enjoyed stronger conditions including Edinburgh (+47%), Glasgow (+15%), Aberdeen (+14%), Manchester (+10%) and Leeds (+3%). END_OF_DOCUMENT_TOKEN_TO_BE_REPLACED

Science suggests that all of us may be hard-wired to love the natural world, and now a global competition named Reconnect Your Space is calling for architectural, interior or urban landscape design entries that put this affinity for nature, or “biophilia”, at the forefront. The competition, launched by carpet tile manufacturer Interface, invites architects, designers and students of these disciplines to submit their visions for how biophilia can influence the design of a new or existing space, either inside within built environments or outside in cities. END_OF_DOCUMENT_TOKEN_TO_BE_REPLACED 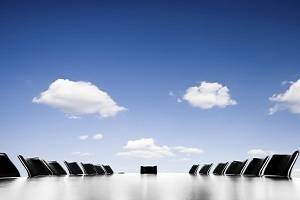 Environmental experts have given Prime Minister David Cameron’s speech on Monday, when he reiterated his commitment to a green economy, a cautious welcome. The PM, who has come under some criticism for failing to follow up on his promise to make “this the greenest government ever” gave a short speech at the launch of the Energy Efficiency Mission at the Royal Society in London, where he underlined the Government’s commitment to energy efficiency and said that only the greenest and most energy efficient countries would win the global race. END_OF_DOCUMENT_TOKEN_TO_BE_REPLACED

Following last year’s sale of its iconic Grade II listed West London Television Centre to developer Stanhope, the BBC has announced details of the future direction of the 14 acre site. The announcement comes as the BBC continues its programme of relocating staff and functions to Media City in Salford and the new Broadcasting House in Central London. Work will start in 2015 on a mixed use development which will include residual office and studio space for the BBC, offices, hotels, leisure facilities, some 1,000 new homes, parks and a hotel. However the listed buildings on the site, originally opened in 1960, will be retained. END_OF_DOCUMENT_TOKEN_TO_BE_REPLACED